Sisters are back together

Dorothy Shirley, who was forced to return to the UK after suffering a nasty fall, is delighted that Peak District Rural Housing Association has helped her to move close to her sister.

Dorothy, aged 86, felt she had no option but to leave her home in Spain after an accident left her badly injured and temporarily wheelchair bound.  She returned to England to stay with her sister in Wadshelf while she recovered, before privately renting a static home for six months.

She says: “I had no idea what I was going to do after that, I would have been out on the street.  My sister encouraged me to apply to PDRHA for a flat and when I was offered one only five minutes away from my sister in Holymoorside, I was over the moon.”

Dorothy was delighted that the property was also suitable for her dog Jenny, a 14-year-old Yorkshire terrier.  Although Jenny also has multiple health problems, Dorothy is able to take her out onto a patch of grass close to her new home several times a day.

She says: “My son still lives in Spain so it’s wonderful to live so close to my sister.  She comes and takes me shopping and carries everything in for me.  I also have some fantastic neighbours who really look after me.

“It’s absolutely beautiful here. Just perfect for Jenny and me.  I feel so very lucky to live here.” 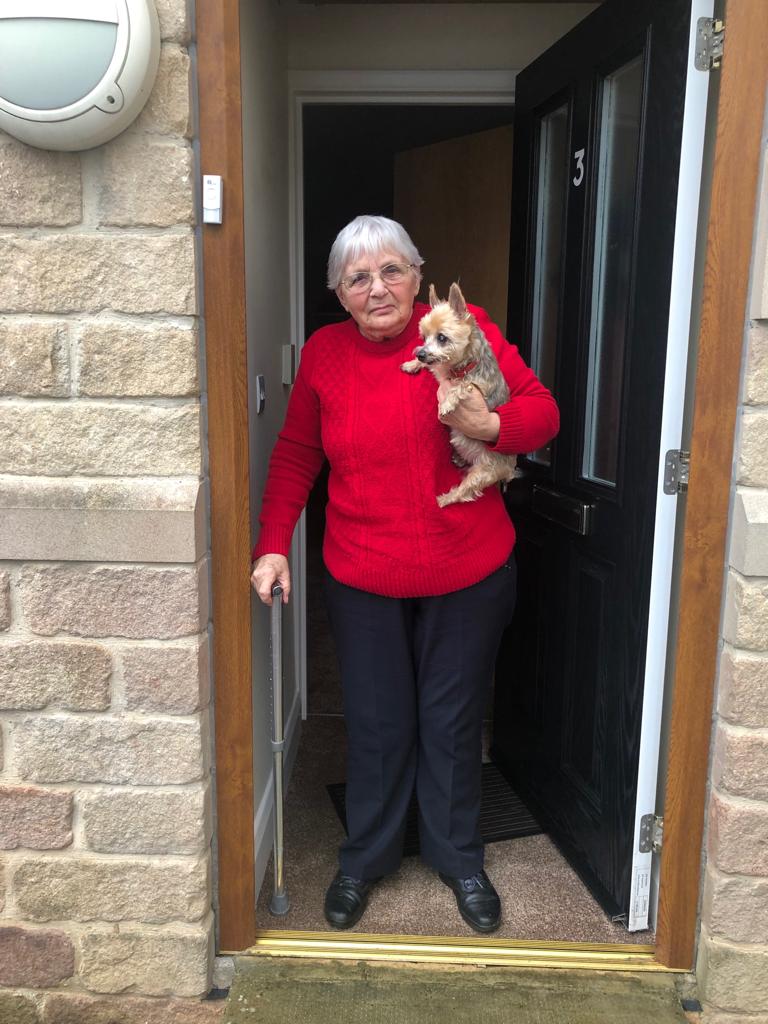