Community garden is a blooming success!

Everything is coming up roses for Peak District Rural Housing Association residents in Bakewell, who got together to create a stunning community garden.

The green-fingered group pooled their efforts to transform an overgrown patch of land off New Street in Bakewell, which is overlooked by our scheme of one and two bedroom flats.  And the tenants themselves aren’t the only ones enjoying the fruits of their labours.

The garden was enjoyed by more than 200 people who visited it over the August Bank Holiday weekend as part of Oxfam’s annual Bakewell Secret Gardens event.

Lynne Pheasey, who moved into one of the flats in March, said: “I’ve always been a keen gardener and when I moved in, I asked if I could clear an area of some old wild geraniums because it wasn’t nice to look out on.

“I had already planted some herbs by my door as I like to cook with herbs, but I wanted to bring some other plants with me too.

“As I started to work on it, my neighbours offered to help and it became a community project.”

The residents have planted a wide range of flowering favourites, including snapdragons, foxgloves, delphiniums and begonias.  One has created a stunning trellis archway while others planted clematis, passion flower and roses to climb up further trellis around the wall.

They have also restored and painted donated picnic benches and garden seats so there is somewhere for people to sit and enjoy the garden.

Lynne said: “We had a lot of really good feedback from the Secret Gardens event, with people saying they would take some of our ideas home with them.

“We’re hoping to keep it going now as there won’t be as much clearing to do next year and we can concentrate on planting.

“It does look lovely and, as it’s a central area, it’s something we can all look out on and enjoy.” 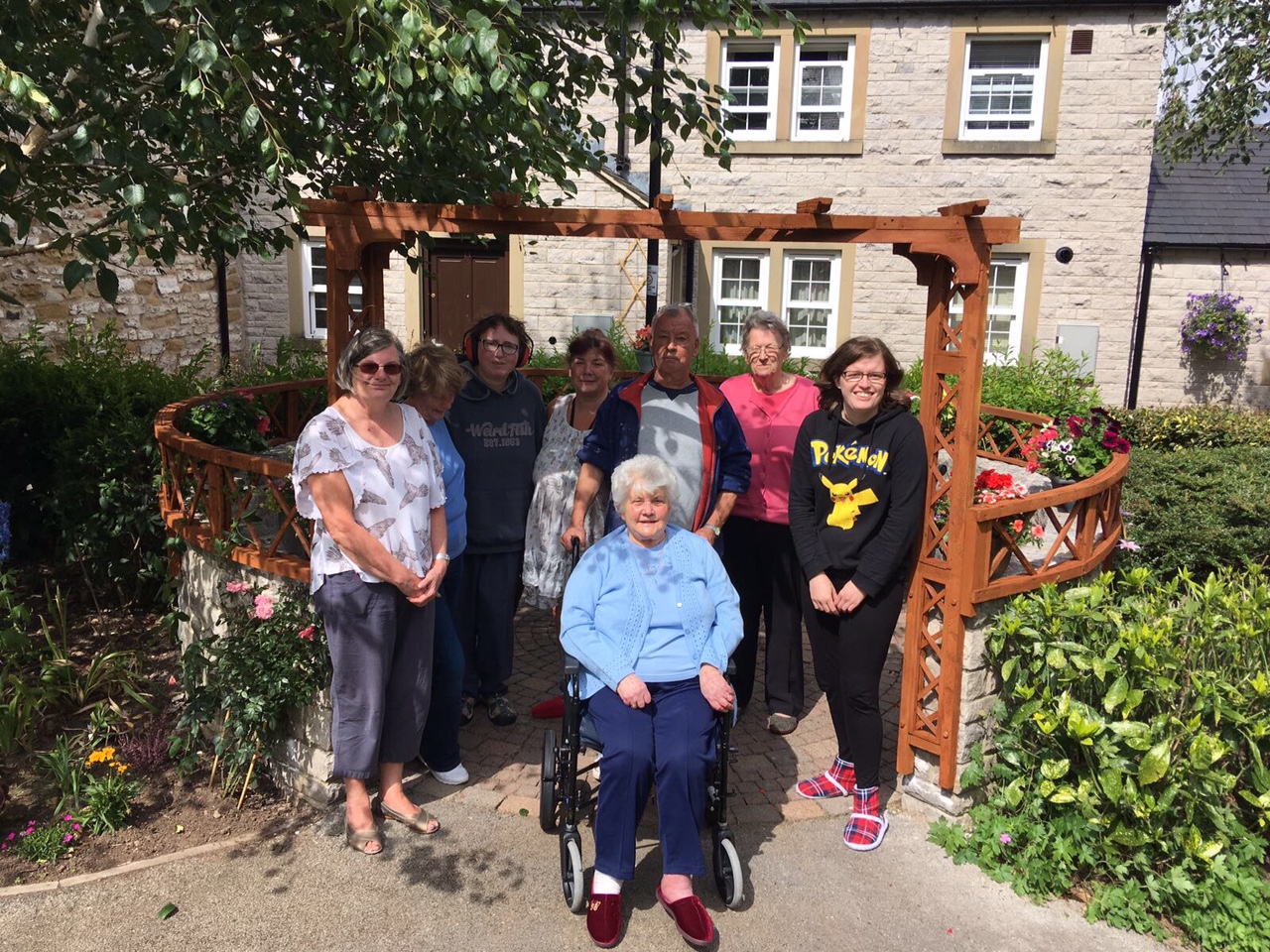