PDRHA’s Company Secretary, Alison Clamp, was delighted to receive an award from the Peak District National Park Authority at a presentation on 21st November.    The awards invited nominations of recent buildings in the National Park which demonstrated good design.  PDRHA had nominated its scheme of six houses and two bungalows in Youlgrave.   Completed in 2015, the development was built in close partnership with Youlgrave Community Land Trust.  Anne Croasdell the CLT’s secretary and representative on the Board of PDRHA accompanied Alison to the awards.  The homes were one of 9 developments nominated.  It  was one of two developments commended by the judges in the ‘residential’ section of the awards.  The winner was Contour House, a grand design home near Baslow.

The scheme was praised for its sensitive design, especially the way in which it steps up the hillside.  Its careful detailing, landscaping and enclosure in stone walls were also mentioned.

Alison commented ‘This is  a great accolade from the National Park.  We always try to ensure our homes are well designed and blend into their village settings.  I think we achieved that particularly well in Youlgrave.  It looks good as well as being the product of a close partnership with a group of local people who were determined to see some good affordable homes in their village.’ 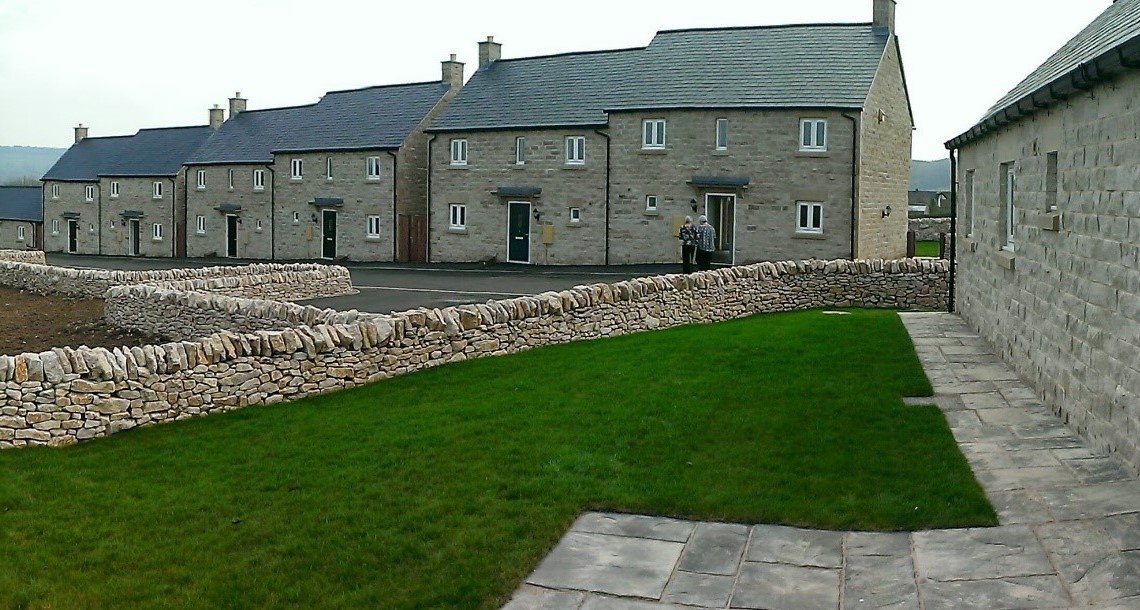 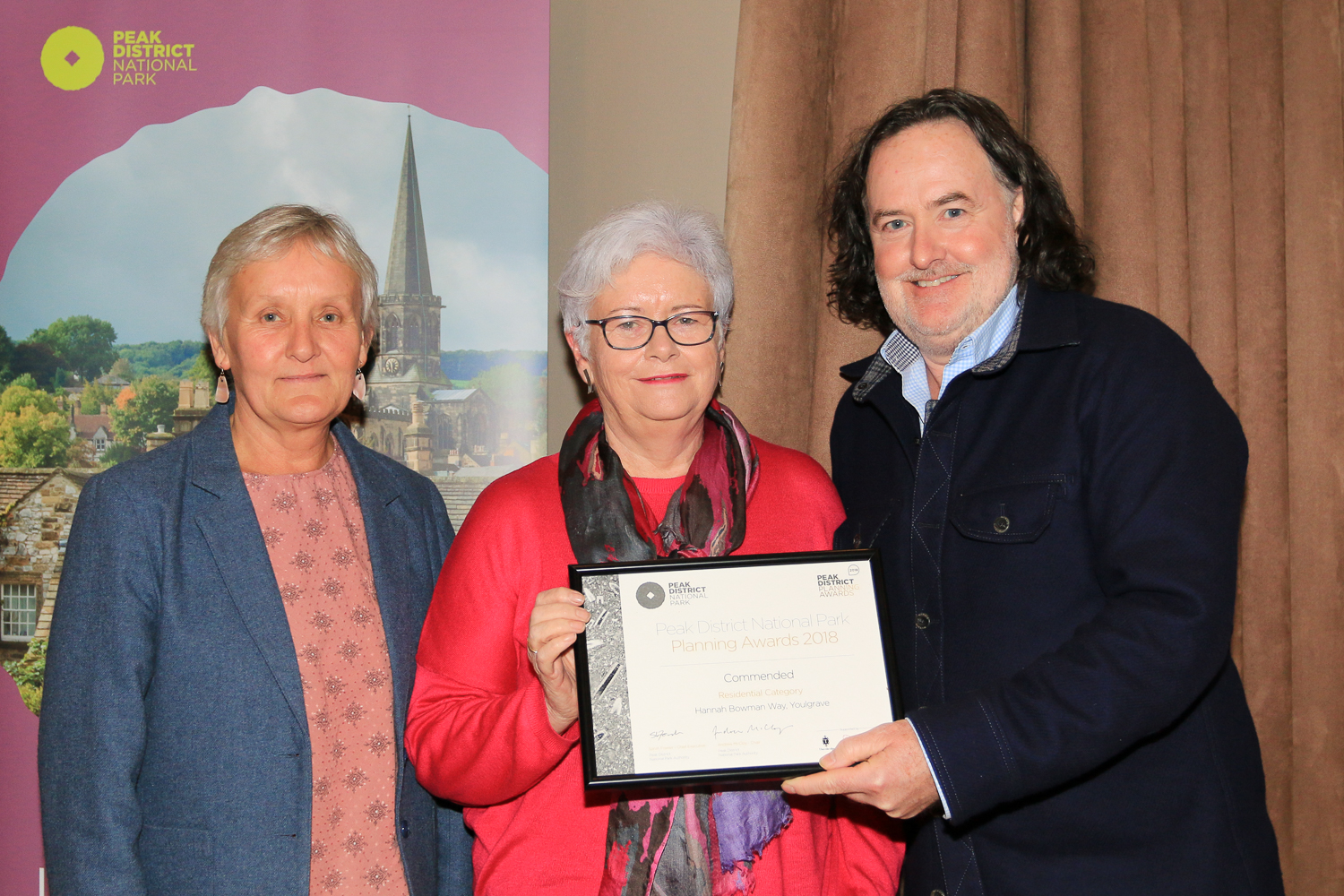